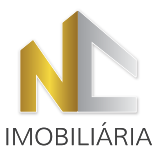 Portugal reconhece or resident status não habitual since or decree of September 23, 2009. This new regime intends to reach the não residents who estabeleçam a permanent residence in Portugal, as temporary residents. This regime allows that the residents do not habitually benefit from a tax of special imposto on some of their two performances in Portugal, as well as of imposition ists on surplus origem estrangeira yields.

This statute has been granted to people who became a resident of Português since January 1, 2009 and who have not received this statute for the last five years. Assim, the benefits of resident não habitual estendem-se for a period of 10 consecutive years, whether or not that which benefits will be avaliated according to the traditional system of impost on or yield of unique Portuguese events.

To acquire or habitual resident status: